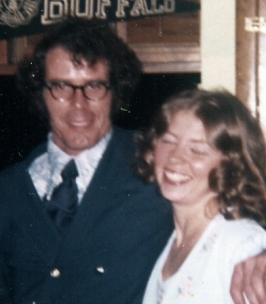 Copy the text below and then paste that into your favorite email application.

He, more than almost anyone, embodied the spirit described by Hunter S. Thompson: “Life should not be a journey to the grave with the intention of arriving safely in a pretty and well-preserved body, but rather to skid in broadside in a cloud of smoke, thoroughly used up, totally worn out, and loudly proclaiming "Wow! What a Ride!"

Though not religious nor outspoken, Michael had a strong faith and truly lived his values every day of his eighty years. He was passionate in his love of Seneca Lake and shared all that he had so others could also experience the (highly contagious) joy of life on The Lake. After spending summers in Hector throughout childhood, he moved here full time in 1969 and he and his brothers started Schamel Brothers Contractors, now owned and operated by his youngest son. A couple of years later, he and his bride-to-be purchased land and built what was to become their lifelong home overlooking Seneca Lake.

Mike is survived by his wife of fifty years, Karen, and their children Kathleen, Michael, Matthew and Adam (and their spouses Samantha, Shannon and Brit); as well as his slightly insane doodle Tipper, whom he may have loved more than all the rest. His grandchildren Callan, Finn, Aiden, Charlotte and Easton will sorely miss their Pops, whom they adored. Schamel siblings Jack, Gail, Guy, Pat, Tony, Norman and lifelong best friends Lee and Honker will share their memories and laughs in his absence.

Mike also leaves behind a thirty plus-year tradition of annual October canoe trips he planned with his sons, brothers and other friends. Initially conceived on a whim, this trip grew to be a lasting and very important part of each autumn after the summer dock-building busy-ness had subsided, and before the start of pulling boats. The tradition evolved into many iterations, including a 20th-year celebratory RV trip across Alaska, certainly a highlight of Michael’s recent years. Covid limitations were no deterrent and found Pops out building a lean-to in the woods (a tribute to Raquette Lake, his second favorite place on earth) so that he could continue the camping tradition with his grandsons.

Mike gave literally everything he had, to anyone who asked. He donated enough blood and plasma to sink a small ship and was insistent that his body be used for science and learning (upstate.edu) when he was finished destroying it. In lieu of flowers, his legacy can be honored by supporting Seneca Lake Pure Waters Association (senecalake.org) or Habitat for Humanity in Hector, NY.

The world won’t be the same without this larger-than-life figure who embodied on a daily basis what it means to live the good life and share that abundance with all those around him. He truly did live one of those lives that dreams are made of. But not for one minute did he ever forget how lucky he was to have done so. He was a remarkable man and an exceptional role model.

The Schamels look forward to hosting those interested in sharing a story, a laugh and a beer at the Grist Iron Cafe (gristironbrewing.com) in Hector on December 1, from 3-6 pm. Undoubtedly a SLAD (Seneca Lake Appreciation Day) or twelve will follow when weather permits.